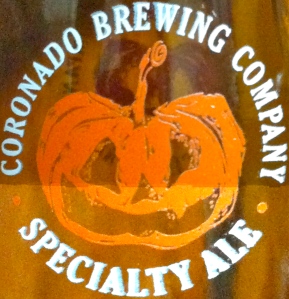 In my continuing celebration of fall, I came across one from one of my favorite breweries. Coronado’s Punk’in Drublic Imperial Pumpkin Ale is just an ok example of this paragon of the fall season. I have had a number of regular pumpkin ales, but never the “imperial” kind. Turns out, this makes little difference to the actual taste, at least in this case.

Punk’in Drublic pours a pleasing dark red color with large bubbles in the carbonation and the quickly dissolving head that is characteristic of this kind of beer. The first thing I smelled was a sweetness. “Uh oh,” I thought. “This is the standard pumpkin pie ale I always 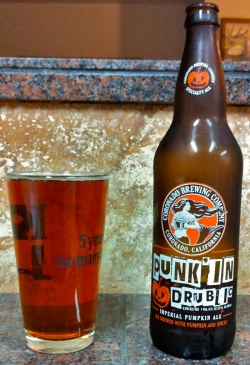 seem to find, instead of one that actually tastes like pumpkin.” Luckily, I was wrong on that, though it did not necessarily make it a better beer.

It didn’t taste as sweet as the smell indicated it might be. It was very mild, with some bitterness up front. Then a little malty sweetness came through, moving back to the bitterness lasting through the finish. That was about it for the experience of this beer. 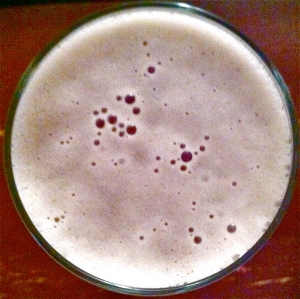 This beer was quite a bit less tasty than I had hoped from such a brewery. In fact, it didn’t taste like much of anything at all and I generally enjoy bitter tastes.

This beer left me wanting, so I am rating it: 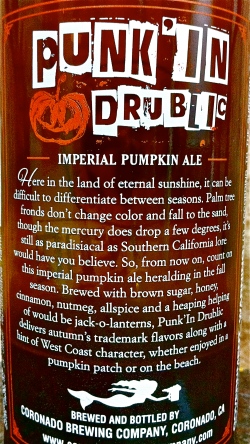 This entry was posted on October 13, 2014, 7:00 am and is filed under Musings & Funnies. You can follow any responses to this entry through RSS 2.0. You can leave a response, or trackback from your own site.